Five Players Who Have Impressed During Pre-Season 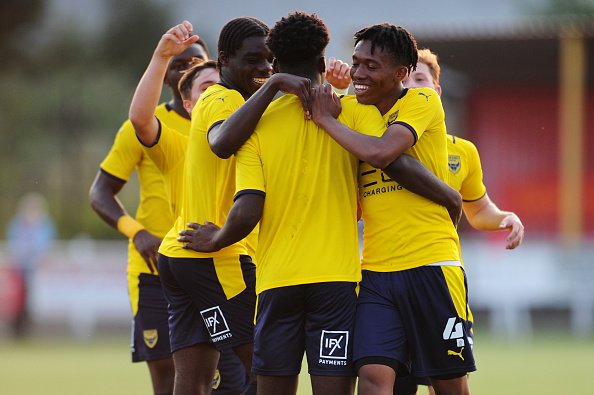 Oxford United have made a strong start to their pre-season friendlies. Wins over Oxford City and Salford City we’re followed by further victories with a depleted squad against Hayes and Yeading United and Banbury United respectively.

From the opening four friendlies, here are five players that have stood out:

Having scored the sixth goal in a 9-0 win over Hayes and Yeading, the 17-year-old also scored with a delightful chip in a 3-0 win over Banbury. The youngster is continuing his development but looks like a real prospect for the future.

Another youngster with a promising future is 16-year-old, Gatlin O’Donkor. Like Goodrham, the young forward has looked lively in pre-season, scoring against Banbury and netting a hat-trick against Salford City. He also scored as a young U’s side won against North Leigh.

With Josh Ruffels having departed the club, a search for a new left-back continues. However, one of the current youngsters could be staking a claim for the role. The 19-year-old did manage two Carabao Cup appearances last season and he has begun pre-season with a bang, including a goal in the win over Hayes and Yeading.

Signed last summer, French striker Derick Osei Yaw quickly emerged as a fan favourite. However, he was omitted from the squad before being loaned out to Walsall. Back at Oxford, the forward has found the net twice and continues to look a handful for defenders.

While he may not be a promising youngster like the rest of this list, striker Matty Taylor has been lethal in front of goal during pre-season. The forward netted in the win at Oxford City before bagging a brace against Salford. Taylor then scored four against Hayes and Yeading, including a 22-minute hat-trick.