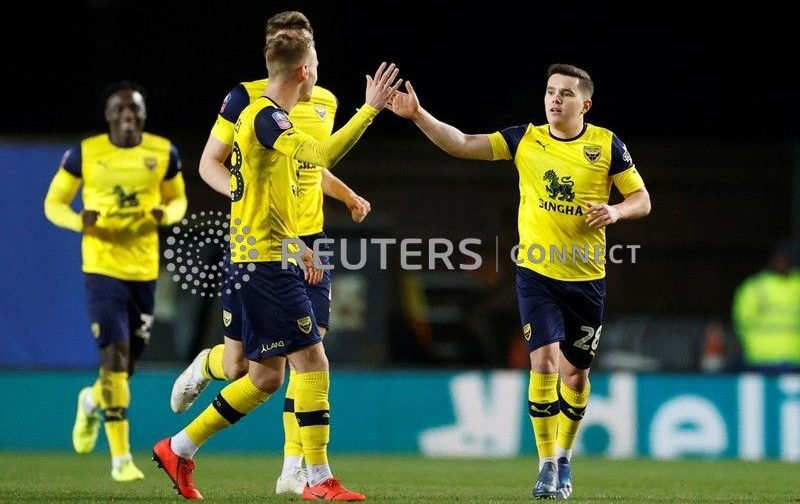 Oxford United have added a further two faces during the summer window with the additions of French striker Derick Osei Yaw and midfielder Liam Kelly.

Osie turned out for France at Under 19 and 20 levels, having come through the ranks at Toulouse. He scored 15 goals from 51 appearances for Les Violets’ second team before joining Stade Brestois 29 in Ligue 1.

The striker spent time with the U’s at their training camp in Wales last week, and impressed enough to earn himself a two-year contract.

Speaking to the clubs’ official website, U’s boss Karl Robinson said: “He is big and strong and a real athlete. He came into the group as a bit of an unknown quantity but he did really well and we look forward to working with him.”

Osie added: “I like the way this club is set up. The Manager is very good and I have been made to feel very welcome. I have always enjoyed watching English football and this is a great challenge for me, one I am looking forward to a lot.”

At 21-years-old, the striker, who can also play on the left, does not count towards to salary cap that was introduced to clubs in League One.

U’s fans will also be delighted to see the return of Liam Kelly, who joins on a season-long loan from Feyenoord. The 24-year-old joined the U’s in January but managed just five appearances as a result of injuries.

One of those appearances came in the FA Cup fourth-round replay against Newcastle United. The midfielder scored a late free-kick to reduce the deficit before Nathan Holland scored in stoppage time as the U’s came from two goals down to force extra time.

Speaking about returning to the club, the former Reading man said: “It’s a little bit of unfinished business for me after the way last season ended.

“Playing at Wembley is everyone’s dream but to lose there was a terrible feeling and I am pleased to come here and have the chance to try and put that right.

“The bulk of the squad is still here and there are some good players who have joined this summer to add to that.

“I’ve stayed fairly fit and now I can’t wait to get out there playing again.”

Robinson added: “I’m sure he would have liked more game time last season but he showed what he is all about and is a really talented player who we know gives us something a little bit different in midfield.

“The squad is taking shape nicely and everyone will get a chance in the friendlies we have coming up.”