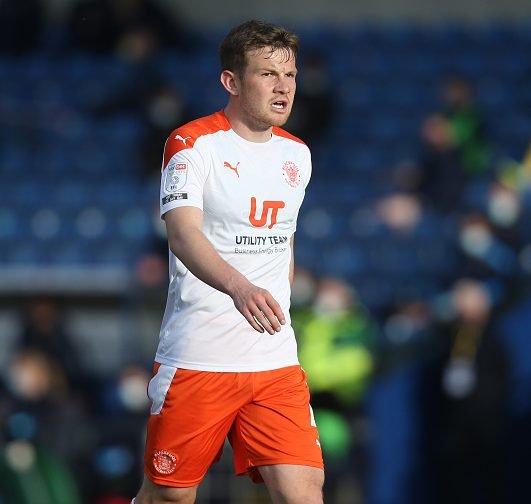 Oxford United have signed Blackpool defender, Jordan Thorniley. The 24-year-old joins the U’s on a loan until the end of the season.

The centre back joined Blackpool in January 2020 and was part of the Seasiders team that won promotion from League One last season.

Before his time at Bloomfield Road, the defender came through the ranks at Everton but failed to make an appearance for the Premier League club.

Thorniley enjoyed a loan spell at Stockport County before signing for Sheffield Wednesday in 2016. The defender spent four seasons at Hillsborough, making 33 appearances, along with a loan at Accrington Stanley, where he turned out 17 times.

The centre back, who can also play as a left-back, turned out 27 times for Blackpool last season, including the first leg win over the U’s. He becomes the club’s seventh addition of the summer after Marcus McGuane, Ryan Williams, Billy Bodin, Steve Seddon, Nathan Holland and Gavin Whyte.

Speaking to the club’s official website, he said: “I’m a defender but I do like to get on the ball if I can, so hopefully I can train well this week, be part of the side that starts at Cambridge next weekend and play my part in a successful season.”

Karl Robinson added: “We have been chasing Jordan for a while and we are delighted to bring him in.

“He is a terrific competitor, good character and because he is naturally left-sided he will add balance for us.

“It was clear we were going to bring in a centre-half. Elliott Moore is our captain, we have Luke McNally who has tremendous potential, John Mousinho for his experience, Sam Long can play there, and now Jordan.

“There are still one or two areas we need to strengthen but it has been an exciting few days and with Nathan Holland, Gavin Whyte and now Jordan coming in I’d say we have done some excellent business.”