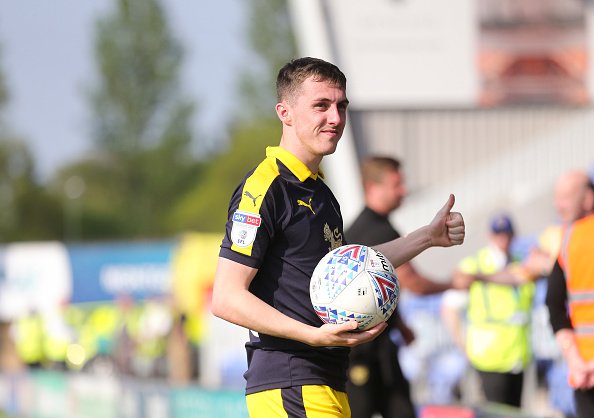 Oxford United have re-signed Gavin Whyte on a season-long loan from Cardiff City.

The 25-year-old joined the U’s from NIFL Premiership side Crusaders in 2018 and enjoyed a stellar debut season.

The Northern Ireland international scored nine goals in 47 appearances, including a hat trick as Oxford won 3-2 at Shrewsbury Town, and added seven assists.

It was during his time at Grenoble Road that he earned international recognition, and has since gone on to attain ten caps and score two goals.

However, as a result of solid performances at Oxford, recently relegated Championship side Cardiff City signed the winger for a fee believed to be around £2 million.

Whyte has made 37 appearances for the Bluebirds over two seasons, scoring just once, before spending the second half of last season on loan at eventual League One champions Hull City, where he found the net four times from 20 outings.

Speaking to the club’s official website, Karl Robinson said: “We are absolutely thrilled to get it done.

“We think the world of Gav and we know the fans at Oxford love him too. I hope they are as excited as we are to have him back. The Board have been excellent and backed what we are trying to do.

“We signed Nathan Holland this week and have fantastic competition up top now. We’re not daft, we know there are other positions that need strengthening but when a player of Gavin’s quality becomes available and wants to come here then you take that because you know what a threat he is going to be to opposition defences.”

Whyte said: “It’s a great club and obviously I enjoyed my time here before. The Gaffer was great with me then and we have the bulk of the same squad so hopefully we are in contention at the top of the table again.

“I am ambitious: I want to be part of a team chasing promotion again and the fans were a big part of my decision too. They will be back for the first game and I can’t wait to get out there in front of them again.”

He becomes the fourth player this season to return to the club after Marcus McGuane, Ryan Williams, and Nathan Holland all made a comeback to Grenoble Road.