Simon Eastwood Could Have Played His Final Game for Oxford United 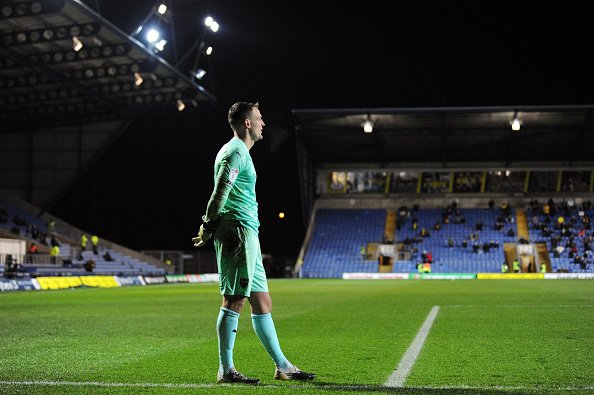 Last Tuesday, Simon Eastwood started in goal as Oxford United bowed out of the Football League Trophy at the semi-final with defeat against Tranmere Rovers.

But, with the 31-year-old out of contract in the summer and having been demoted to number two this season, could that match have been his final appearance as an Oxford United player?

Until this season, Eastwood has been a constant and reliable fixture of the Oxford United setup. The goalkeeper joined the U’s in 2016 and has since surpassed 200 appearances for the club.

Despite having just secured promotion in 2016, manager Michael Appleton needed a regular number one with Sam Slocombe and Benji Büchel both having failed to secure that spot. Eastwood was that number one.

Up until this season, only suspension and injuries have kept the shot-stopper out of the side. He made over 60 appearances in all competitions in his first season at the club before exceeding 50 the following season. The last two seasons have also seen Eastwood turn out more than 40 times.

As a goalkeeper, he has been reliable, strong and well organised throughout his Oxford career. If the defence became breached, you would feel confident that Eastwood would be able to stop and possible goalscoring opportunity.

However, the goalkeeper has struggled to replicate that form this season. From 18 appearances, Eastwood has conceded 28 goals and failed to keep a clean sheet in 15 consecutive games. In addition, he has managed just one clean sheet from those 18 appearances.

Furthermore, his performance in the A420 derby against rivals Swindon Town ultimately cost him the number one jersey, with understudy Jack Stevens coming in for the experienced goalkeeper after a series of errors – a correct decision from manager Karl Robinson.

And it’s the errors that have crept into his game that could turn his Oxford departure sour. Out of contract in the summer, it looks highly unlikely that Eastwood will remain at the club next season. Hopefully, supporters will remember the goalkeeper for the good performances and loyalty shown over his five-year tenure as opposed to the recent displays.