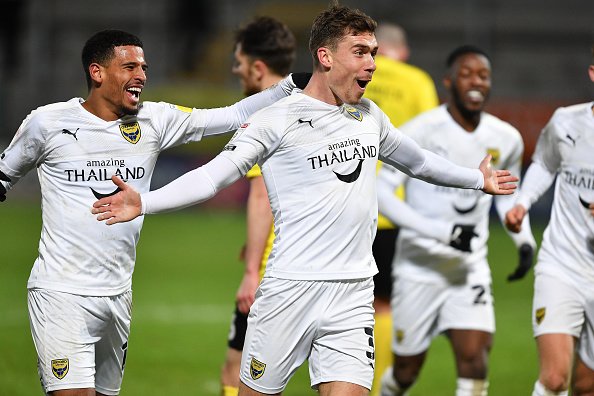 Oxford United defender Josh Ruffels has joined Huddersfield Town on a two-year deal. The 27-year-old was out of contract in the summer.

The U’s tried to negotiate a new deal with the Oxford-born defender but he opted to wait until the summer before making a decision about his future.

Speaking last weekend, U’s boss Karl Robinson said: “I’ve spoken to Ruffs a lot and he wants to leave on the right terms.

“He feels that tying him down to a contract takes him until he’s 30-plus, when his opportunity in the Championship may be now.

“I think the world of Ruffs, he knows that and I’ve said this to him – he thinks the world of the football club and we have a tremendous relationship.

“He never wanted to leave and if we were in the Championship, he definitely would have stayed.”

Born in Oxford, Ruffels came through the ranks at Coventry City and made two senior appearances for the Sky Blues before joining his hometown club in 2013.

Since, he has gone on to make 318 appearances for the club. However, his best form came under Robinson, where the converted defender turned out 156 times.

Ruffels was part of the side under Michael Appleton that won promotion from League Two in 2016. He also featured at Wembley on three occasions but lost in the Football League Trophy final against Barnsley and Coventry before defeat in the League One playoff final against Wycombe.

Speaking to the club’s official website, Ruffels said: “It’s an exciting challenge and I am looking forward to testing myself at Huddersfield.

“At the same time, I want to thank everyone at Oxford United for the last few years.

“There have been so many great memories. I leave on good terms with everyone behind the scenes and will miss working with them all but my biggest thanks have to be for the fans who have been incredible.

“I am sure the club is on the right path to bring them the success they deserve.”